Bat out of hell postponed 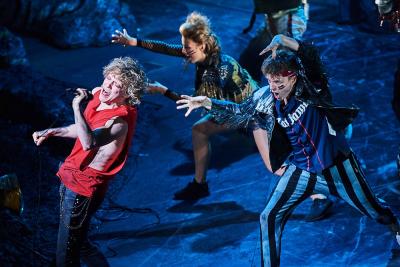 A lot of confusion right now about the north American tour of the "Bat out of hell Musical", since one of the cast members, Bradley Dean, who plays Falco, posted a bitter note on Facebook, saying that the cast had been informed that the show would not go on from Toronto. The show was set to move on to Detroint on November 7th. A spokesperson from the show was cited saying that the show was not cancelled but postponed, but some theaters, like the Venetian in Las Vegas, allready sent out notices that the show has been cancelled and tickets would be refunded. Since there has been no official announcement, there has been a speculation of lack of funds, low ticket sales to problems between cast members, but none of this can be confirmed at this point.