Bat out of hell - the musical is coming 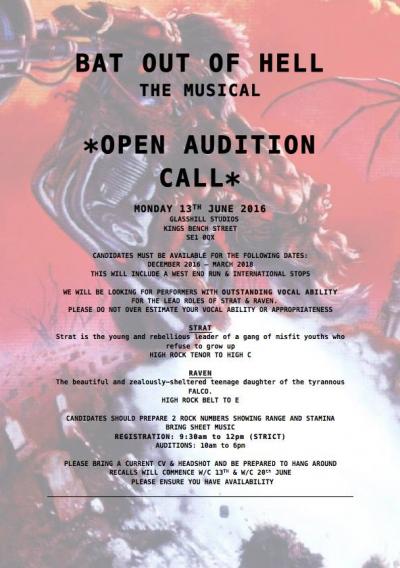 It's been some years since this musical was first announced and since then news has popped up from time to time. The last time being the workshop run in New York this autumn, but now it seems the show is finally set to open in London. Casting were announced to begin today in the british capitol for the male and female leads, Strat and Raven. Cast is asked to be avalable from December 2016 to March 2018, which with rehearsal would make a spring 2017 opening date plausible. The show is set to open in London's West End, but also to have some international performances.