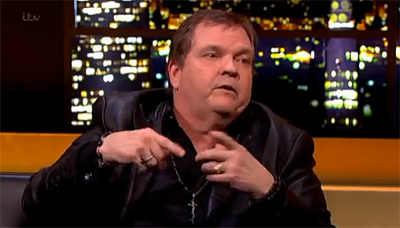 In an interview on the Jonathan Ross show Meat Loaf confirms the long running rumours that he and Jim Steinman will work together on his next album. The singer said that Jim will contribute 3 songs and that the album would be released around September 2014. Meat and Jim was supposed to have worked together on "Bat out of hell 3", but because of his falling ill, Jim was replaced by Desmond Child.

See the clip below.